Kickboxing and boxing are two of the most popular contact sports globally, both offering an intense workout that will leave you sweating and feeling accomplished at the end of each session.

You can get in great shape with kickboxing or boxing, but it’s essential to understand the critical differences between these popular fitness methods to find the best one for you.

Since both sports use your hands and feet to strike an opponent, there’s some overlap in their training requirements, but each sport also has its unique nuances. 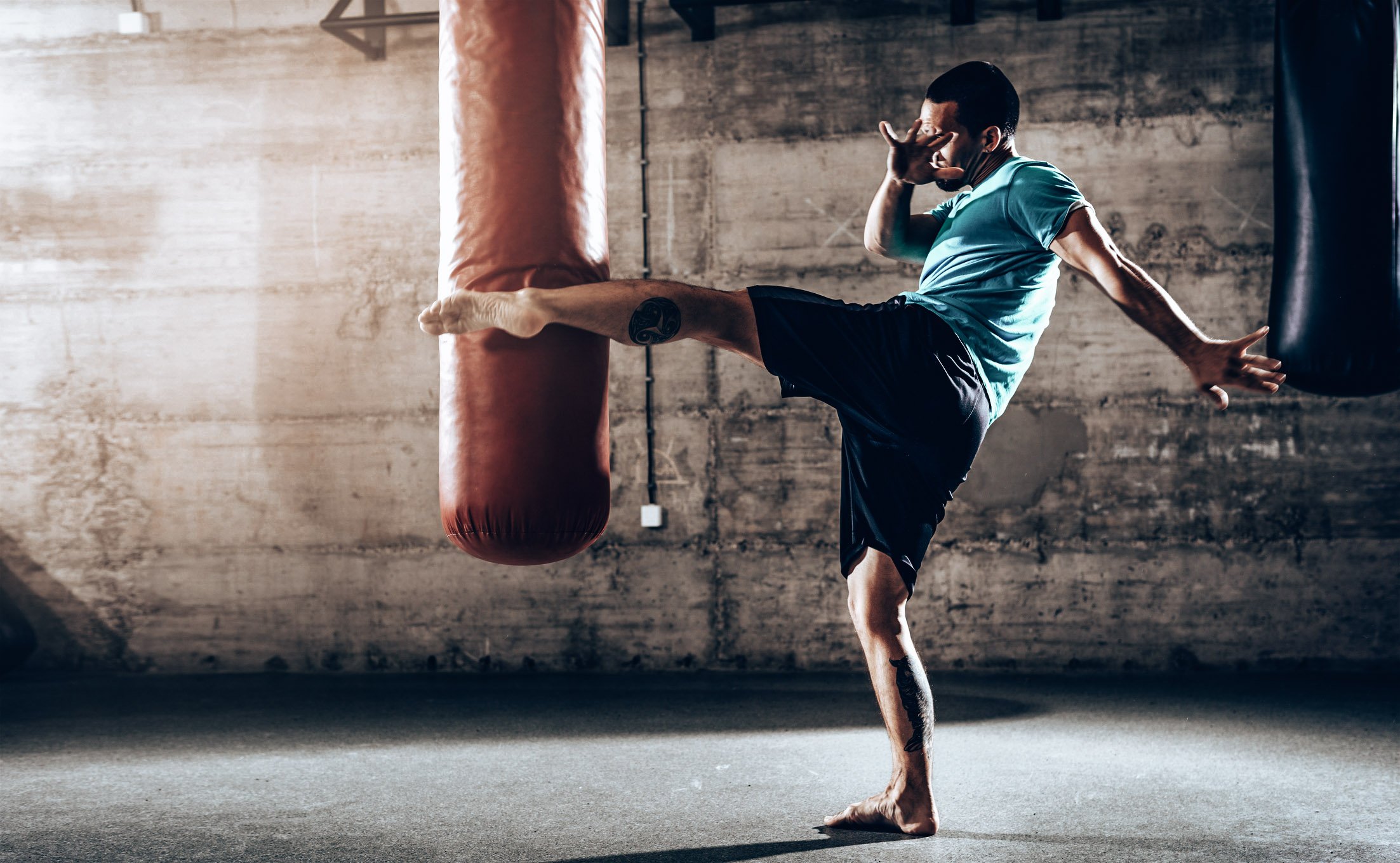 If you want more information about the difference between kickboxing and boxing and how each will help you reach your goals, read on! Here’s what you need to know about kickboxing vs boxing.

This guide will help you understand how kickboxing differs from boxing in terms of history, skills, techniques, rules, and more to decide which sport best fits your fitness goals.

Which Is Better: Kickboxing vs Boxing?

As mentioned earlier, kickboxing and boxing are considered two of the most popular combat sports today. In kickboxing, the fighter punches like a boxer while using kicks and knees to hit their opponents on the body, head, and legs. Boxing, on the other hand – one of the oldest sports in the world, allows fighters to block and throw punches at their opponent’s upper body and head.

Which is better—kickboxing or boxing? That’s for you to decide! Both have unique rules, techniques, and strategies that make them exciting for spectators.

Before knowing the differences, let’s look at the benefits and disadvantages of these two sports.

Boxing is a sport, which means regular competitions where athletes can win prize money and trophies. Boxers are usually highly fit individuals with great discipline and an ability to focus on goals.

Boxers focus their attention on punching, footwork, and head movement to distract their opponents or dodge hits. As a result, fighters are faster than the others at throwing punches, jabs, or even hooks than most kickboxers. 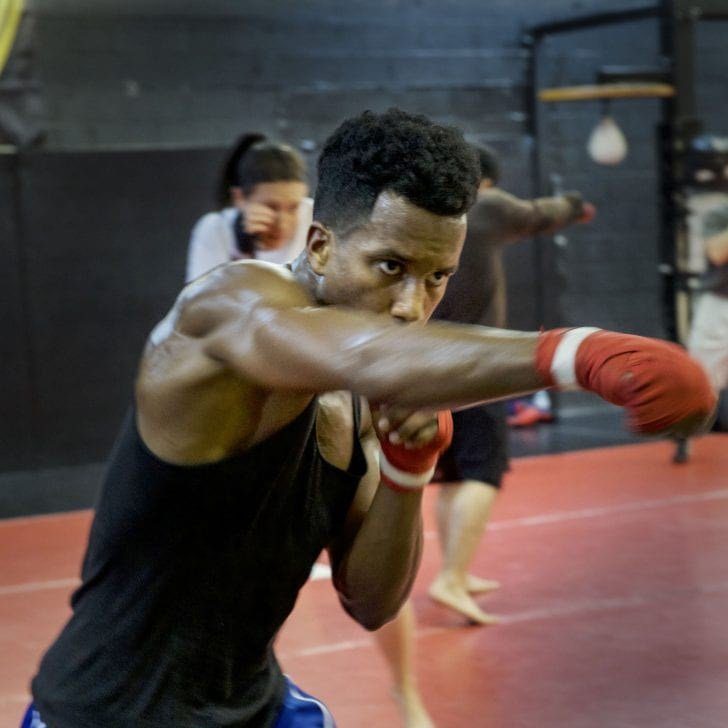 Boxing is also great for those interested in learning how to defend themselves since it requires building awareness of other fighters’ moves and your own.

This makes boxing a good choice for those who want to learn self-defense. In addition, boxing is one of few sports where women and men compete against each other. This makes boxing appealing to both sexes because women don’t have many sports they can compete in without worrying about being outmatched by their male counterparts.

Although boxing is a great workout, it’s often not enough to keep people interested for more than a few months. Although you can use bags and pads for training, you’ll eventually want to go back to fighting real people. And that opens up a whole new can of worms.

One of the major cons of this sport is that it involves using only your upper body for the most part. This is a massive disadvantage if you want to learn takedowns or block leg kicks from opponents.

As a result, when a boxer finds themself pinned on the ground, it’s nearly impossible for them to get their opponent off. As such, knowing how to throw punches might not be enough.

In boxing, it’s not uncommon for players to sustain many head injuries during a match. Repeated blows to the head can lead to dizziness, fatigue, nausea, and loss of concentration.

These are symptoms associated with repeated concussions and could lead to long-term problems like memory loss and dementia in some boxers.

Concussions aren’t exclusive to boxing, but these types of traumatic brain injuries are more common than you might think—and they can have devastating effects on your overall health.

According to recent studies, former professional boxers may be at risk for early-onset Alzheimer’s disease due to the hard hits they took over their careers.

Although you don’t need to be an athlete or boxer to suffer from concussion-related complications, anyone who has ever suffered a blow to the head is at risk.

One of our posts talked about how to prevent boxing injuries if you are considering taking part in boxing as a fitness medium.

A big benefit of kickboxing is that it is a more cardiovascular exercise than boxing. A faster pace for self-defense means you will build your endurance more quickly.

It doesn’t have a reputation as a dangerous sport, which appeals to people concerned about their safety when exercising. Depending on your goals and skill level, it also has tons of different classes and styles (i.e., K-1, Muay Thai, etc.).

Women often find kickboxing more welcoming than combat sports like boxing or MMA. Another slight advantage is that you can wear whatever you want, without heavy equipment or fancy gear.

Kickboxing is a great way to get in shape without intimidating crowds or grueling workouts—and it can be done as a home workout if you don’t have access to a gym!

While kickboxing is a great way to get in shape, it may not be for everyone. Here are some of its cons.

The intensity of kickboxing can take time to adjust to if you’re new to exercise or working out. Kickboxing requires coordination and involves moving around, making it difficult for people who have trouble with balance or endurance.

If you’re looking for something more relaxing than boxing but still want to work on your cardio, kickboxing might not suit you.

And finally, while many people enjoy martial arts as a hobby or as part of their workout routine, it can sometimes come off as intimidating or violent to others.

If your goal is self-defense rather than fitness, kickboxing might not be worth your time. For these reasons, boxing may be better suited for some people than kickboxing. But whether you choose one or both, there’s no denying that they’re both excellent workouts!

There are no significant health risks associated with kickboxing. While it is considered a full-body workout, there is less risk of injury than in other contact sports.

However, it’s not impossible to sustain an injury while participating in kickboxing. Shin splints and pulled muscles are common among new practitioners, but both injuries typically heal quickly with rest and ice packs.

More severe injuries can also happen if someone performs kickboxing incorrectly or without protective gear. For example, broken bones and concussions are possible when kicking heavy bags that aren’t adequately secured. Kickboxing participants should wear headgear at all times during practice sessions.

Additionally, those who participate in sparring matches should use mouth guards and hand wraps. This helps protect against accidental teeth damage and soft tissue injuries.

Any participant who feels they have sustained an injury while practicing kickboxing should see a doctor for proper diagnosis and treatment.

Should I Learn Kickboxing or Boxing?

If you’re considering a martial art for yourself or your children, you may be weighing up two options – boxing and kickboxing. Both offer great exercise for the mind and body, but there are vital differences worth knowing before choosing.

Here’s How They Stack up

There are similar aspects to both sports – speed, agility, coordination – but both styles have different approaches to fitness training too. Boxing is an athletic discipline that originated in England in the 18th century, emphasizing counter-punching. Modern kickboxing has evolved from traditional Muay Thai, with more movement based on footwork and agility.

Kickboxers tend to train using multiple fighting weapons, including hands, elbows, and knees, with less emphasis on blocking than boxers who will employ it as their primary defensive technique. Both are great sports for cardiovascular fitness, but boxing is more of a weight-training exercise while kickboxing is more bodyweight-focused.

Boxing requires stamina, strength, and speed – all vital components of any martial art – but kickboxing also requires agility, flexibility, and balance which are crucial for your overall health.

Which is better—kickboxing or boxing? As we said earlier, you can decide based on what we have explained in this post!