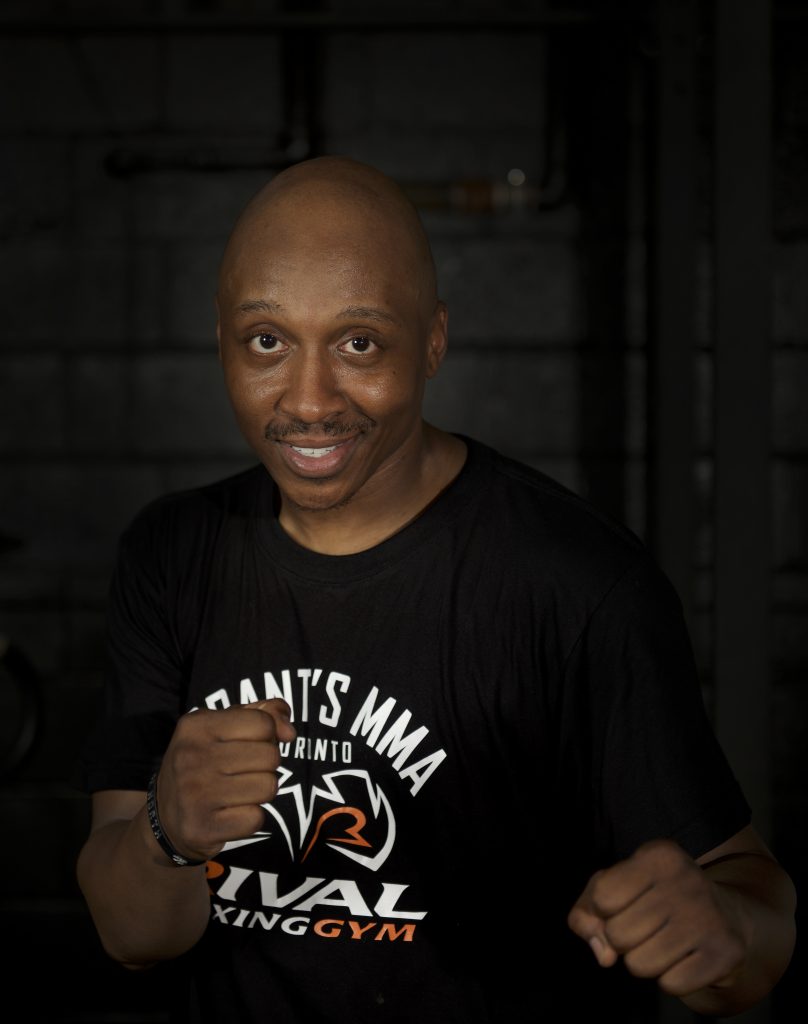 Owner and inspiration behind Grant’s MMA Gym, Ryan Grant is the head Boxing and MMA coach and is recognized as an elite professional level coach. This Montreal native began boxing at the early age of 6 years old being from a family of decorated boxers. As a child, Ryan remembers following his older brothers to the boxing gym on a regular basis. At the time, he didn’t realize that boxing would become his passion, and his passion would become his career.

Continuing the success his older brothers achieved in the ring, Ryan is a two-time tournament Silver Gloves and Golden Gloves winner, won the Quebec Cup in 1991 and represented Quebec at the national level in 1991 and 1992. He has over 34 years of training experience and is a fully certified and licensed boxing coach.

Throughout the history of Grant’s MMA Gym, Ryan has continually developed a strong amateur boxing team with consistent competitive success.  In 2013, Grant’s MMA Gym won the Brampton Team Cup with 13 participating amateur boxers.  Annually his athletes continually bring home tournament wins, most recently 8 golds at the 2017 Golden Gloves OBA Provincial Championships.  Further to his success in fostering the growth of skilled amateur boxers, over the years Ryan and his team has produced more than 10 professional champions.

Like many in the fight game, with the rise of MMA and past participation in grappling arts, Ryan wanted to be as versatile as possible and has also acquired his MMA coaching license.  Throughout the past 8 years of coaching athletes in MMA, Ryan and his coaching staff have supported the rise of many amateur, professional and championship fighters.  He has also had the pleasure of working with professional UFC fighters such has George St Pierre, Rory McDonald and Patrick Cote.

Ryan has a desire to see everyone from kids; recreation members and the athletes achieve their goals. His humble mentality and relentless attitude towards seeing his students succeed is what makes Grant’s MMA Gym welcoming for all ages and skill levels.

Throughout his professional career, Ryan experienced detrimental injuries that unfortunately took him away from competing in the ring. But he refused to allow his injuries take him away from the sport he loves and began focusing his energy towards coaching. Today, Ryan has over 20 years of coaching experience and has had the honour of training hundreds of amateur and professional athletes. He lives to inspire others towards working hard, learning new skills and getting in shape. His gym promotes a family atmosphere and everyone that enters the facility instantly feels a sense of community.

“He is much more than a trainer or coach. Family, RG is a brother to me. Very supportive and cares for all his fighters and people in the gym. We have the same vision and listen to each other’s perspectives which is one of the many reason we mesh so well.”