Martial arts for self defense will help you protect yourself from a physical attack and come with many other benefits. With MMA’s popularity on the rise, more and more people are looking for ways to incorporate this martial art into their lives.

Although I believe that all Martial Arts are great for building character, most especially in young children, not all of them are ideal strategies for self-defense.

What’s the Difference between MMA and Martial Arts?

On the other hand, MMA stands for Mixed Martial Art, which combines aspects of Boxing, Wrestling, Kickboxing, Karate, Muay Thai, Brazilian Jiu-Jitsu, Judo, Sambo, Krav Maga, etc. It has become one of the fastest-growing sports today because it allows participants to use different forms of striking, grappling, kicking, and even some submission holds.

MMA is an excellent self-defense mechanism because it teaches you how to defend against multiple attackers simultaneously. In addition, it trains your mind and body to work together rather than focusing on just one aspect of fighting.

What’s the Best Martial Art for Self Defense?

If you’re new to mixed martial arts or just want to learn how to defend yourself in case things go wrong, check out our list of the best martial arts for self-defense. You’ll love them! 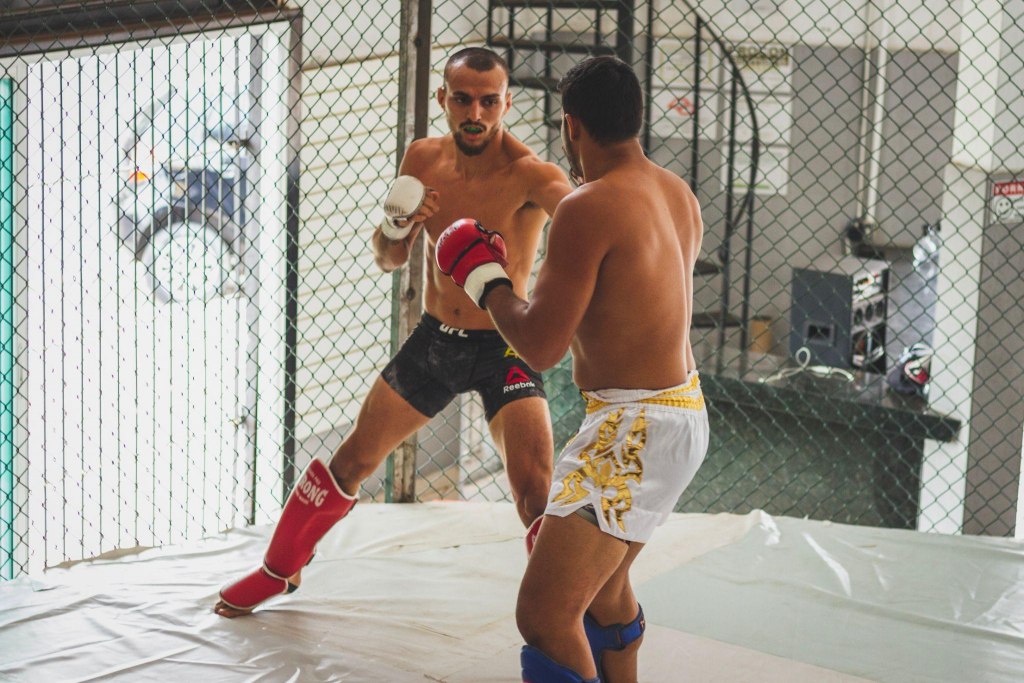 In Thailand, Muay Thai is a popular kickboxing style and one of the best martial arts because it combines striking techniques, grappling, and kicking skills. It makes it great for anyone who wants to get in shape, lose weight, and care for themselves without relying on weapons. It’s perfect for those who want to become experts at defending themselves. Many different schools offer Muay Thai classes, so one will surely be near you.

Boxing is another great martial art that helps you develop strength, speed, endurance, coordination, and stamina. Although it doesn’t focus much on defense, it does teach you how to throw punches, block attacks, and defend yourself if necessary.

In one of our previous posts, we talked about the differences between kickboxing and boxing, you should definitely check that out to understand what makes boxing unique from other types on this list.

If you’re interested in learning how to box, you should consider joining a local gym where that can provide you with instruction. 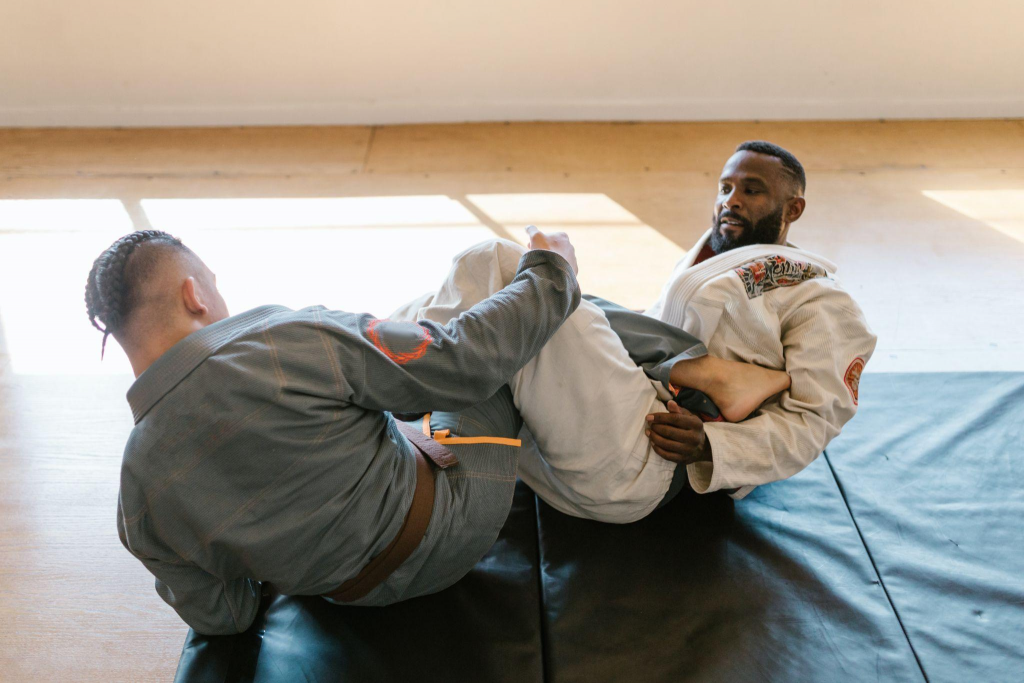 BJJ is one of the best martial arts for self-defense because it teaches you how to protect yourself from both unarmed and armed opponents. It’s also very effective at stopping people from attacking you while sleeping. 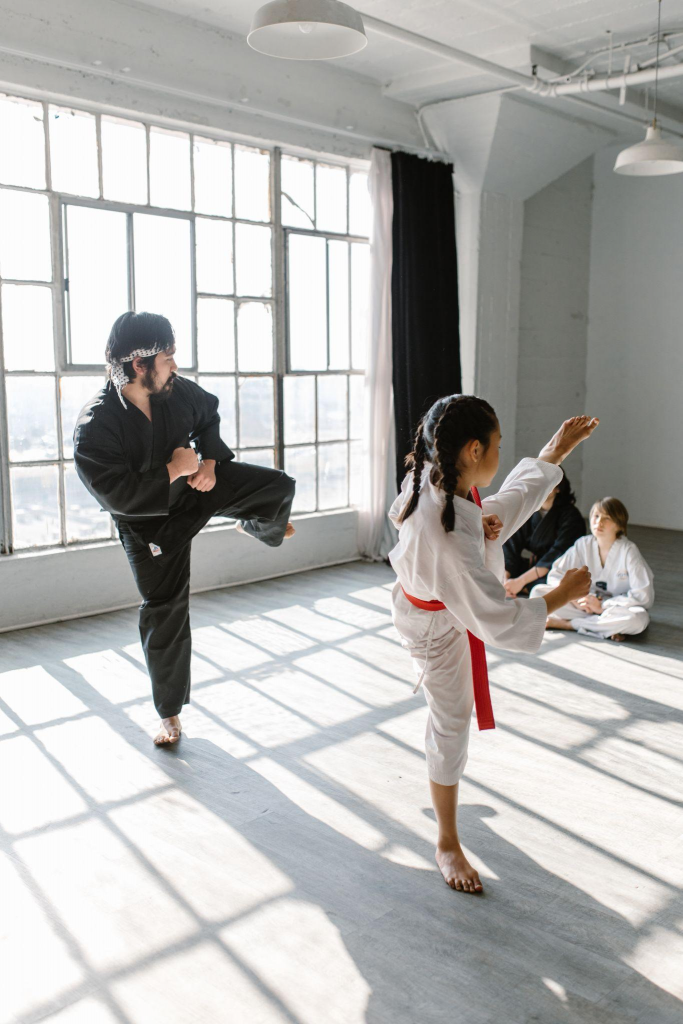 Taekwondo is a Korean martial art that focuses on kicking and punching. It was created by combining traditional Korean martial arts such as Hapkido, Tang Soo Do, and others into one system. Taekwondo is known for its fast pace and high-intensity training sessions. It’s ideal for anyone looking to build muscle mass and burn fat quickly.

Fighters must train to make their legs fast and strong to neutralize attackers effectively and quickly, as taekwondo emphasizes kicking. In addition to taekwondo being one of the best martial arts for self-defense, it is also great for improving your overall health and well-being. 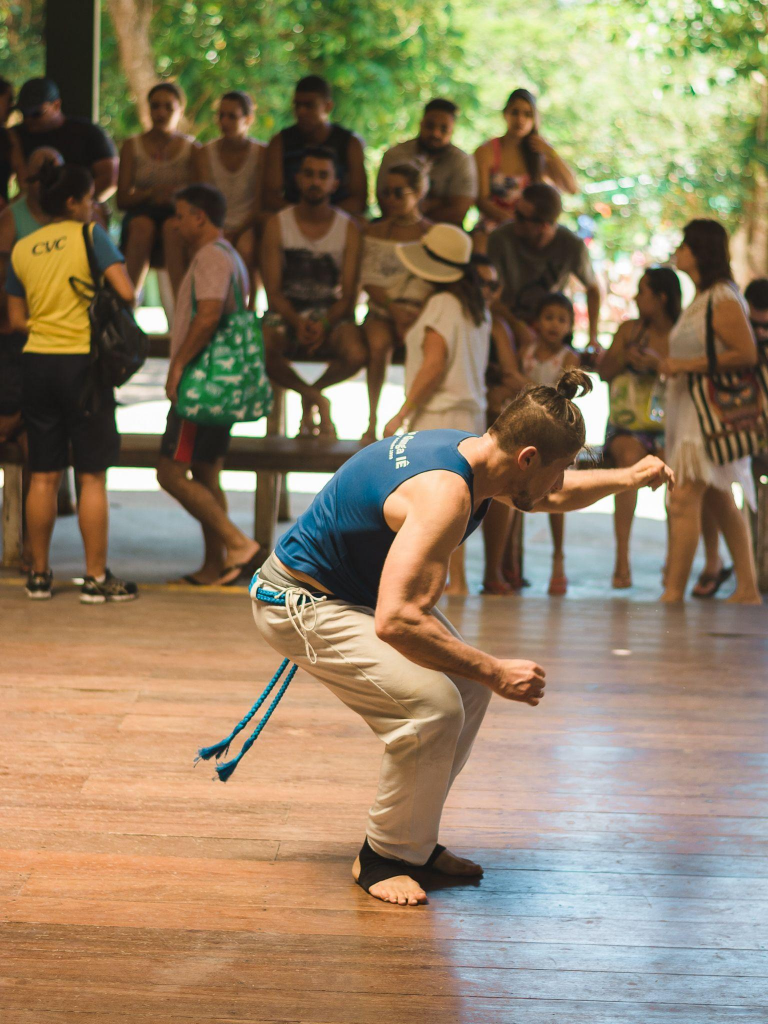 Capoeira is a Brazilian martial art that incorporates dance moves into its practice. Capoeira is a combination of various kicks, knees, elbows, and strikes that are performed either standing up or on the ground. It is often used in street fights and has been called “The Ultimate Fighting System.”

Capoeira is a form of combat meant to confuse and disorientate the attacker. It is similar to ballet, in which movements are graceful but powerful. Capoeira is one of the best forms of martial arts for self-defense because it trains fighters to move swiftly while unleashing devastating blows. 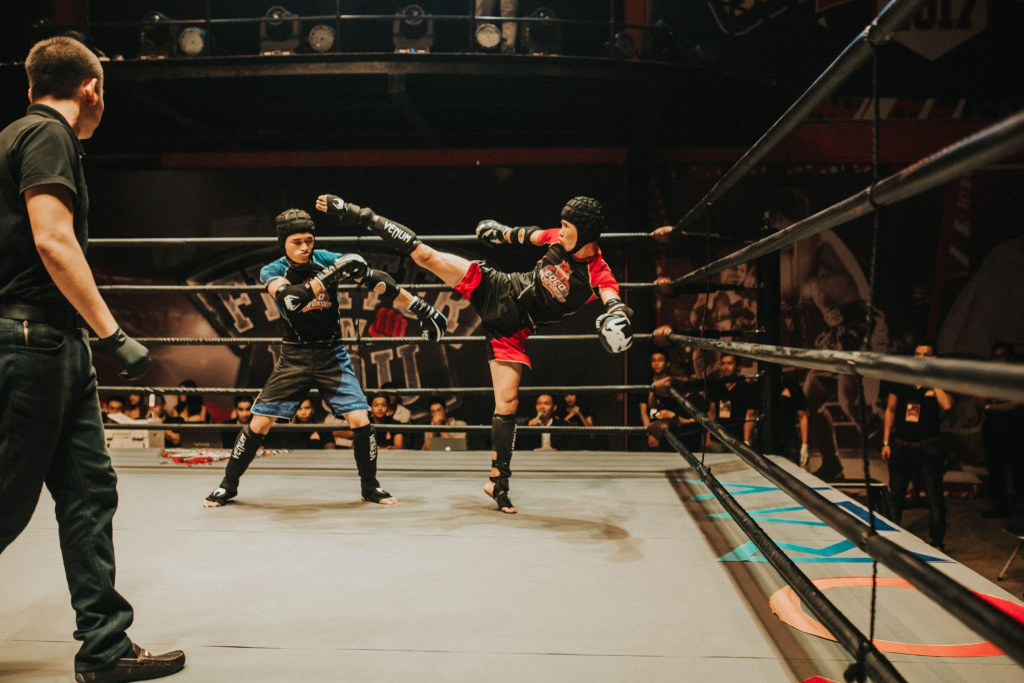 Kickboxing is a hybrid martial art that mixes boxing and kickboxing techniques. Unlike other martial arts, kickboxing uses gloves instead of bare hands. It is an excellent way to improve hand-to-hand combat skills while building upper body strength.

Kickboxing is great for developing speed, power, and agility. It’s also great to get fit and lose weight without losing benefits. 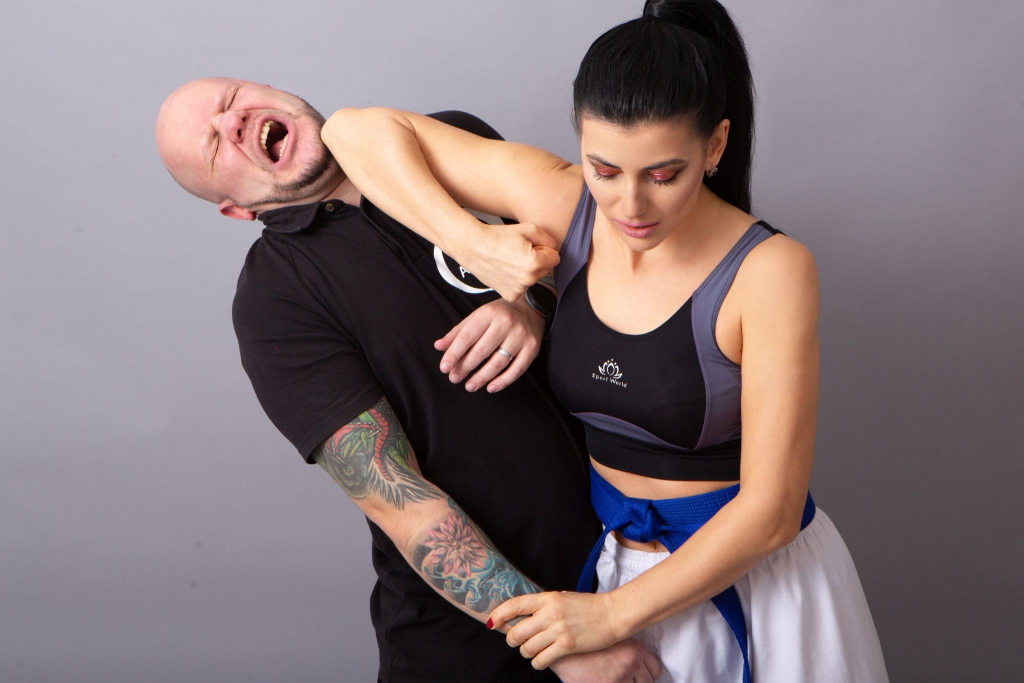 Krav Maga is a practical fighting style that combines aspects of Judo, Jujutsu, Boxing, Wrestling, and Karate. The Israeli military developed it for soldiers to fight off attackers using only their body weight.

Krav Maga focuses heavily on striking and grappling. It is designed to give the fighter enough time to react to an attack before their opponent gets the chance to strike back. It makes it one of the best martial arts for self-defense because you can simultaneously defend yourself against multiple attacks. 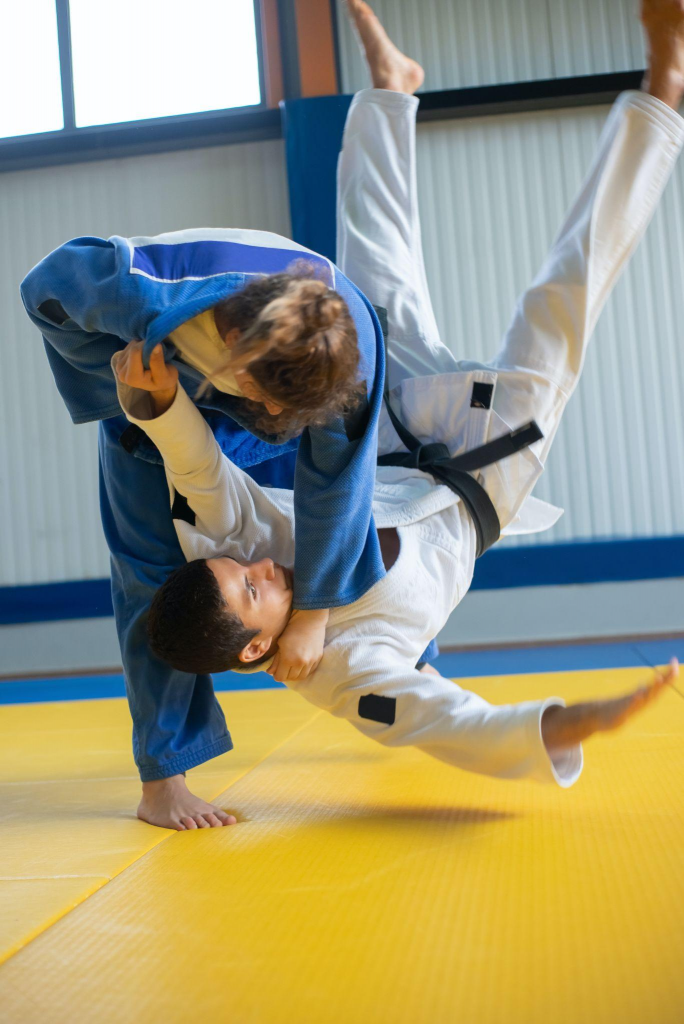 Judo is one of the best karate styles for self-defense because it is a complete fighting system that prepares you for anything. You will learn how to throw, take down, grapple, and escape from almost every situation.

Which Martial Art Should I Learn for Self-Defense?

Learning a martial art is a big decision. The martial arts listed above are some of the most popular ones, but hundreds more are available. There are many different options, so it helps to know what each offers.

If you can’t decide yet on the martial art to learn, that’s fine. But remember, trying a few things out is not bad. Each has pros and cons, so you should choose the one that fits your needs and lifestyle.